Here is a quick listing of things people mostly run into when having trouble with the boot process - we'll dive into the details later on:

First of all make sure the client is connected to the network in which your FOG server resides. And I really mean this! We have seen very strange issues where clients miss DHCP or even just randomly fail - only because the patch cable used was not in a good condition. Please keep that in mind when you run into trouble! When turning the client on keep an eye on the LED of you network interface card (NIC). It turns on and off a couple of times while booting because the NIC is being re-initialized more than once. This is fine if your network equipment is configured correctly but It might cause trouble if you have the old version of the so called spanning tree protocol (STP) enabled. STP is a layer 2 (MAC) protocol to prevent from loops within your network. If spanning tree is enabled, in normal mode, it takes about 30 seconds to the switch port to move to a forwarding state. No packets will be delivered while the port is not in forwarding state yet. Since the booting process is fast, by the time the switch goes into the forwarding state it's too late for the client to get an IP via DHCP when trying to PXE boot. Configure your main switch to use RSTP (rapid spanning tree protocol) or configure your client ports with port-fast setting. 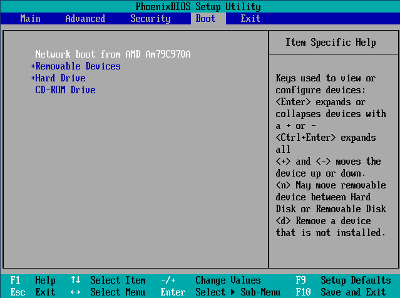 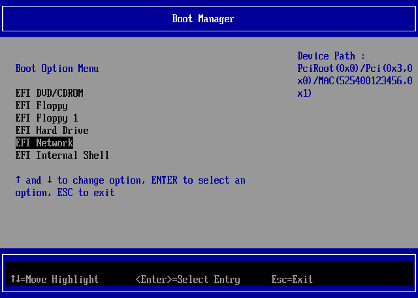 As well as correct BIOS settings on the client you need to have a "PXE capable" DHCP server! Usually DHCP just automatically hands out IP addresses to clients. But there is a lot more DHCP can do. For FOG we need DHCP to send next-server (option 66) and filename (option 67) to the PXE booting client's. When PXE boot is enabled the NICs PXE ROM is in control, first trying to request an IP and PXE boot information via DHCP and then loads the filename from the given host (next-server) via TFTP protocol. PXE does have a common set of error codes when things go wrong:

The client got the next-server information from the DHCP but is unable to start a communication to the given TFTP server as it cannot resolve the IP to a MAC address. This indicates that the target TFTP server does not respond to ARP requests from the client. Possibly the TFTP server is shut down or the next-server entry is pointing to a non-existing host. Those problems should be easy to find and resolve. See the troubleshooting guide on TFTP mentiond in the next bullet point. Yet there are pretty complex network setups where it is not easy to track down what's wrong - see here.

Means the client did not get any answer when requesting DHCP information. See if your client is connected to the LAN properly and can reach your DHCP server. Quite often the problem is caused by STP being enabled but client ports not set to port-fast. Check your switch handbook and read up on STP/port-fast. Advanced setups where DHCP servers are located in a different subnet or VLAN need DHCP messages to be forwarded (start reading on ip-helpers, dhcp relay and such things). As well port security configuration (only one MAC per port allowed) on the switch might play a role here.

As the meesage says - check your cables connecting your client to the switch. Keep an eye on the NIC LED.

Beside all those errors there is always a chance that a bad patch cable can cause problems in this stage of booting. As well we have seen buggy BIOS/UEFI firmware causing issues. Definitely check out the articles on DHCP_Settings and Other_DHCP_Configurations.

Staring to gather random error messages and problems from the forums.

If you see one of the following messages while booting it means that iPXE is not able to load/execute the linux kernel binary:

So what does it actually mean? This usually happens with UEFI enabled devices because the linux kernel loaded by iPXE needs to have the so called EFI_STUB enabled. FOG 1.2.0 ships with kernel version 3.15.6 which does not have the EFI_STUB as this feature was introduced somewhere around 3.16.x. So make sure to check your kernel version by running the following command on your FOG server console or check it on the web gui (FOG Configuration -> Kernel Update):

Another problem might be the so called Embedded Security Subsystem Chip which you need to disable. We have seen this chip causing exactly this error on Yoga devices. 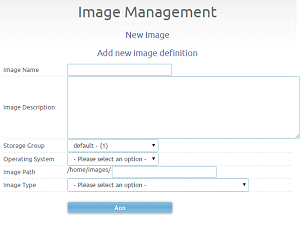