Article under construction. Below, you will find notes / jibberish that I'm collecting to make into an article.

The task completes but did not image, did not actually complete the task, did not really deploy the image. You receive the below (pictured) error when deploying an image. 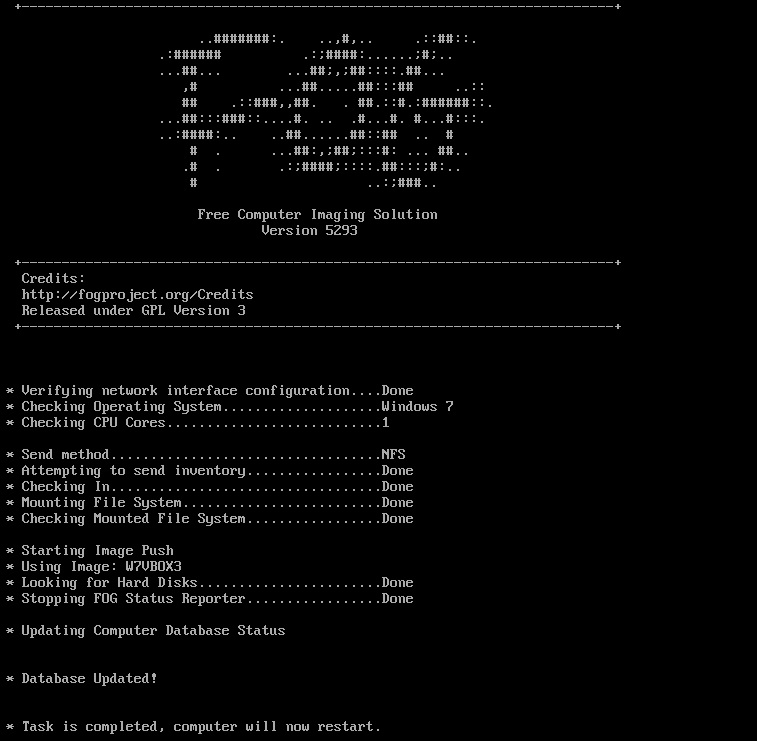 Image is too large for destination drive

This is normally caused by a non-resizable image that has been deployed to a host with a hard drive that is too small to hold the image.

Generally, to fix this you would use the resizeable image type.

Another time you might recieve this error is if you're trying to deploy to an HDD that is absolutely blank - with no pre-existing partitions. In such case, you might try the fix in this thread: svn image doesnt push. The user in this thread followed this: Modifying_the_Init and added this code:

Just before the image check types: